Mycoplasmas are similar to bacteria, and are transmitted by insects (such as leafhoppers) that pierce and suck.

They are widespread in southern Europe, and cause symptoms known as phyllody, in which flowerstalks grow large and flattened as if they were leaves.

There are some diseases which until 1967 were attributed to viruses, although no viral particles had been found in the affected plants. Even so, given the observation and detection methods available at the time, this was the most probable hypothesis.

In 1967 it was conclusively shown that they were nothing to do with viruses.

With the coming of the electron microscope it was possible to identify some polymorphic structures which were present in the phloem of the sick plants and not in that of healthy ones. These structures had certain similarities to prokaryotic micro-organisms known as mycoplasmas, which had long been recognised as agents of infection in animals or as saprophytes on mucus.

These mycoplamsas are similar to bacteria except that they have no true cell wall. They are generally assigned an intermediate place between bacteria and viruses.

Following this discovery a number of “inexplicable” plant diseases have been attributed to these organisms of the mycoplasma type, also known as Mollicutes.

They take a great many forms and are involved in many diseases with widely differing symptoms. On the other hand their form of organisation means that these mycoplasmas cannot evolve outside certain special cellular niches within the host, in this case the cells of the phloem.

Plant disease mycoplasmas are carried from a diseased plant to a healthy one by piercing and sucking insects, often of the Homopteran order such as leafhoppers.

These insects suck up the sap made by an infected plant and with it the mycoplasmas it contains. Mycoplasma transmission by leafhopper is circulating and persistent. It requires a period of latency corresponding to its circulation and multiplication within the vector insect, which then remains infectious for the rest of its life. The mycoplasmas are not however passed on to the offspring.

No mycoplasma can be transmitted from plant to plant by physical contact, nor in seed.

The facts presented here are not specific to cyclamen, since the literature mainly enumerates the symptoms by broad category of plant families. The diseases caused are known as ‘mycoplasmoses’, or ‘mycoplasmainfections’, and show very diverse symptoms.

In most cases one or more of the following symptoms are observed:

These disorders are essentially the result of disturbance in the functioning of the phloem: the transport and transfer of the energy-carrying molecules and mineral salts are upset and the action of growth and development factors (plant hormones) is disturbed. 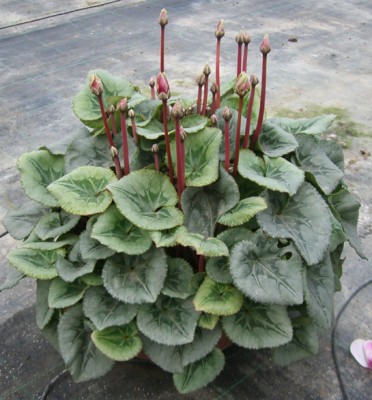 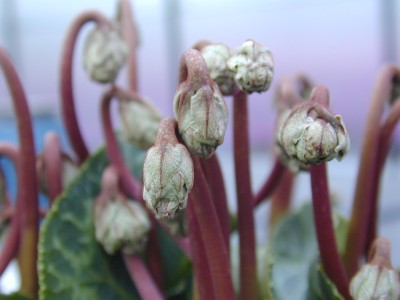 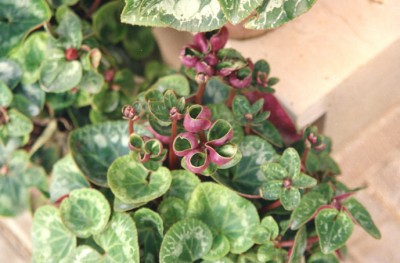 The symptoms are not very specific, especially as there are a number of factors which can complicate the diagnosis: particular temperature conditions may mask the symptoms, for instance; so may active phases of growth.

What is more, the epidemiology of these diseases is greatly affected by the behaviour of the vector. This may change considerably as a function of changes in climatic and horticultural conditions (temperature, timing of planting, irrigation, plant density).

Control measures consist of the use of chemicals active against the insect vectors of the mycoplasmas, in other words against the Homopterans.

It is also essential to destroy the affected plants.

There are antibiotics which show some effect, but their use in agriculture is prohibited.